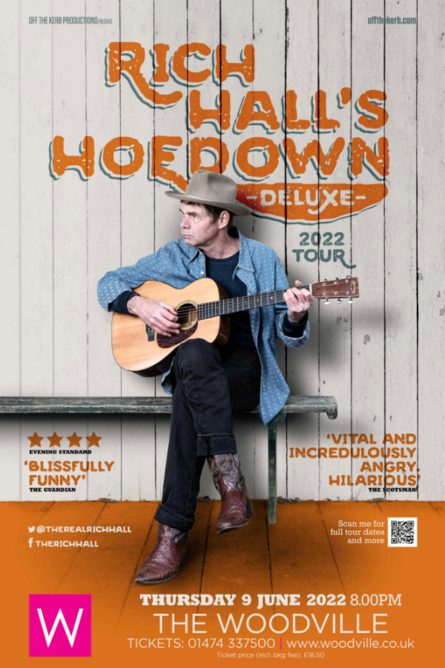 Since appearing in the guise of his redneck alter-ego Otis Lee Crenshaw in 1998, award-winning Rich has won critical acclaim across the Globe by performing to sell-out audiences each year at the Edinburgh Fringe, throughout sell-out UK tours and at comedy festivals worldwide. His grouchy, deadpan style has established him as a master of absurdist irony and the king of rapid-fire wit.

Rich has also become well known for his television and radio work. Notable UK appearances include regular appearances on 'Stand Up For The Week' (Channel 4), 'QI' (BBC1/2), 'Live At The Apollo' (BBC1), 'Channel 4's Comedy Gala Live At The O2', 'Have I Got News For You' (BBC1), 'Rich Hall's Cattle Drive' (BBC4), 'Rich Hall's Gone Fishing' (BBC4), 'Otis Lee Crenshaw – London Not Tennessee' (BBC2) and 'Never Mind The Buzzcocks' (BBC2).