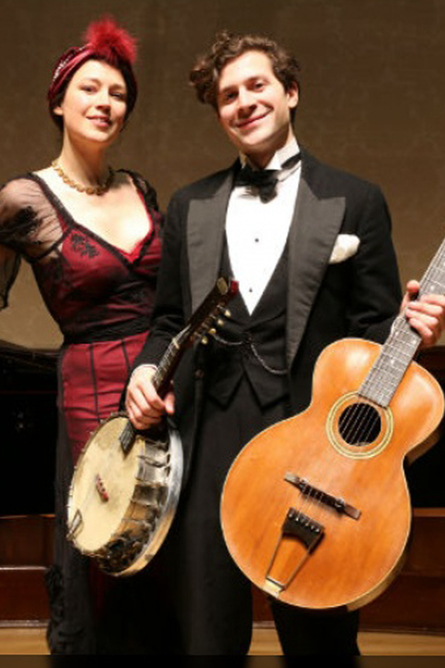 Join us for lunchtime concert of light classical music.
Patricia Hammond, mezzo-soprano, was born in British Columbia but moved to England in 2000. She has performed opera in the Wexford Festival and at the foot of the Acropolis in Athens, oratorio solos with the OAE in the Royal Festival Hall and concert halls throughout Europe, but she is most fond of giving recitals. She has performed these throughout the world: in the Beauharnais house in Paris, the Bundestag and Kaisertag in Berlin, the Houses of Parliament in London, and a host of stately homes, festivals and museums. Her recordings have been played on BBC 2, 3 and 4 and she has appeared on BBC Four TV three times. Most recently she is seen and heard singing in the Fox Searchlight film "Tolkien". While Patricia performs everything from Renaissance music (CD: "In Mirth and Mourning") to modern premieres ("A Swaledale Sequence" for the Swaledale Festival) the specialism she is known for is the research and authentic performance of late Victorian to 1920s popular song, highlighting the Edwardian styles in particular. Since April of this year, she and Matt Redman have been performing filmed song requests twice a week, with a growing fanbase around the world asking them to perform music from John Dowland to Billie Eilish.

Yorkshire-born multi instrumentalist Matt Redman is recognised internationally for his expertise in the authentic performance of popular music from the 1910s and 20s. He has arranged, directed and played in historic performances for films (Tolkien, Rebecca) and recordings, including Patricia Hammond's Songs of the Great War 1913-1919 (funded by Ian Rosenblatt), and the Gregg Miner Musical Instrument Museum. He has performed as a guitarist and pianist on BBC Radio 1, 2, 3 and 4. As a composer, he was commissioned by the Jette Parker Young Artists Programme at the Royal Opera House to write a piece for piano and bass-baritone, and as an orchestrator has worked with the Philharmonia at Abbey Road. He has been featured in 1920s and 30s jazz events at the Savoy, the Grand Ballroom at Burgh Island and the Blackpool Tower Ballroom among many others. Patricia and Matt have performed in several countries, and in 2018 were the soloists at the German ceremony in Berlin for the centenary of the end of the First World War, in front of Emmanuel Macron and Angela Merkel. Matt has made over 220 arrangements involving over 40 instruments since April for "Living Room Requests" at youtube.com/patriciahammondsongs